The Saho people are an agro-pastoral ethno linguistic group found in the Northern Red Sea region of Eritrea. They are predominantly muslim and are the third largest ethnic group in Eritrea. The word “Saho” means “nomad,” which is also an expression of their previous pastoral way of life. The structure of traditional Saho society is patriarchal and the roles of the grandfather and father are highly respected.

The Saho are agro-pastoralists and their economy consists of breeding livestock and farming, based on communal land ownership system. Some Saho are beekeepers and they are known for their quality honey which they use for consumption as well as selling it for profit. The women dress in brightly colored dresses, skirts and scarves which are worn on their head covering their head. The men wear long white dresses with a dark colored vest and a turban on their head. Saho dance consists of men jumping in a circle to drumbeats while women clap and sing.

When arranging a marriage, a family who wishes to secure a spouse for their child will meet with the potential in-laws to ensure that the spouse whom they want to choose for their family member is not introduced or pledged to another family. They then gather as much information as possible on the girl and her character, prior to official negotiation. The mediation is handled by the elders, one of whom should be the uncle of the spouse. If the two sides come into an agreement, they introduce themselves into the family of the young woman. The mediators bring with them gifts such as coffee, sugar, money or wheat and give them to the family who in turn prepares food for the guests. After eating the meal, honey and milk are served as a sign of hospitality, then they prepare coffee and start to discuss. 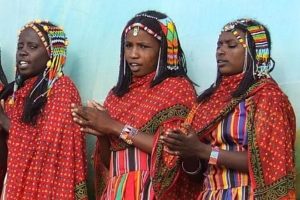 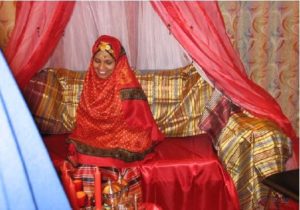 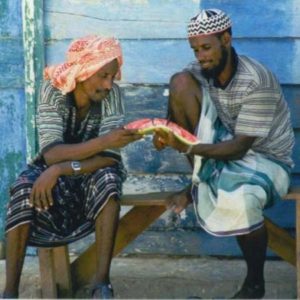