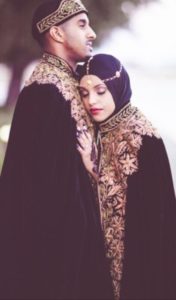 The Tigrinya ethnic group is located in the central part of Eritrea. They inhabit both Zoba Debub and Zoba Ma’kel. The Tigrinya ethnic group is the largest in the country, making up a little over 50% of the country. The language spoken among the people is Tigrinya. Tigrinya language along with Tigre (another Eritrea language), originated from an ancient language called Ge’ez. The Tigrinya people mainly practice Christianity, with a small percentage who practice Islam known as Jeberti. The majority people of this ethnic group work as farmers, with a small number owing businesses, and restaurants. 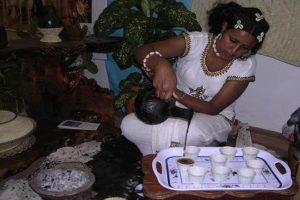 The women dress in white linen dresses with colorful patterns called, zuriya, while the men dress in a white long dress shirt that hits the knee and white pants. Tigrinya dance consists of shuffling feet in a big circle and jerking shoulders to the beat. The second part of the song consists of closer drum beats in which dancers jerk their shoulders faster. Tigrinya food consists of a spongy bread called injera, which is eaten with various stews called tsebhi made with meats, vegetables and spices. Coffee known as boon, is a very important part of Tigrinya culture and is a form of recreation with family and friends